From Judging Lawyers to Predicting Outcomes

At Judicata we recently ranked the largest California law firms based on an objective analysis of their litigation motion practice. While nothing of this sort had ever been done before, it is only one of the many advances being made by Clerk (the technology behind Judicata’s law firm rankings). 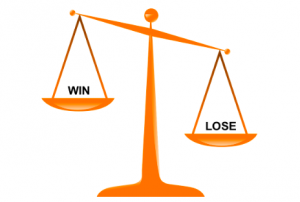 Clerk evaluates briefs filed in court, grading them on three dimensions: Arguments, Drafting, and Context. The grading reflects factors like how strong the brief’s arguments are, how persuasive the relied upon cases are, and the extent to which the brief cites precedent that supports the desired outcome.

The higher a brief’s grade, the more likely it is that the brief will win. This is true both overall, and across each of the Arguments, Drafting, and Context dimensions. This makes Clerk not only a powerful drafting assistant, but also a valuable predictive tool.

In addition to ranking Big Law litigation departments, we recently used Clerk to evaluate pairs of briefs filed in opposition to each other in the California Courts of Appeal. Clerk graded the briefs and then predicted which brief would win. Clerk’s predictions were accurate 72% of the time, which involved correctly predicting 79% of affirmances and 56% of reversals.

While 72% may not be sufficiently accurate for some use cases, that doesn’t mean Clerk’s predictions aren’t handy. To the contrary, they’re incredibly useful. I’ll explain why in a moment, but first, some context.

For several years now, legal prediction has been an exciting and growing field. Most of the research is being done by academics, and the focus is usually on the United States Supreme Court. Much of that work relies on the The Supreme Court Database — a detailed and painstakingly produced database of SCOTUS precedent developed by the Washington University (in St. Louis) School of Law.

Typical approaches to prediction involve training machine learning algorithms based on metadata summarizing the case and its issues. A nice example is the great work done by Daniel Katz, Michael Bommarito, and Josh Blackman. They published a paper last year detailing a machine learning algorithm (a random forest classifier) that predicted outcomes based on metadata such as the reason for granting cert, lower court disposition, issue, and data about the justices such as their individual rates of reversal, rates of dissent, and left-right direction.

The Katz-Bommarito-Blackman model achieved 70.2% accuracy at predicting case outcomes and 71.9% at predicting individual justices’ votes for US Supreme Court decisions. What was especially groundbreaking was their model’s ability to predict outcomes for future cases, a key feature for any real-world use of the technology.

Clerk similarly predicts outcomes in as-yet-undecided-decisions, but in a very different way. The biggest difference is that Clerk relies heavily on the briefs filed in court, which present each side’s arguments detailing why they think they should win. This means that Clerk is not only looking at high-level metadata, but also considering the actual language, arguments and precedent that the briefs are relying upon.

A second big difference is that Clerk doesn’t use a machine learning black box to make it’s predictions. Rather, Clerk’s predictions are based on a highly transparent measure of each brief’s performance.

The mathematical difference between these two grades (Difference = Arguments – Context) quantifies how strongly or weakly the brief is performing, with briefs falling into one of five categories:

For a given Respondent and Appellant (who, respectively, won and lost at the trial court level), Clerk predicts a reversal if:

This seemingly simple approach to prediction identifies 56% of reversals. Put differently: software can identify more than half of all reversals beforehand by looking at the quality of the argumentation!

We applied this predictive analysis to the briefs we used in our law firm ranking and found that:

So the incentive is there for lawyers to improve their briefs, which is where Clerk’s utility kicks in. Not only does Clerk provide predictive insight into how likely a brief is to win, it also provides guidance as to where a brief’s weaknesses are, and how to improve them.

Moreover, this assistance is equally effective for analyzing an opponent’s brief. Not only can a lawyer evaluate how well their opponent’s brief is performing and how that affects their odds, it’s straightforward to use Clerk to dissect and then attack that brief.

The key for clients and lawyers is to use this technology not just to understand the odds, but also to improve those odds and the resulting outcomes.